What is infrared or IR radiation?

IR or Infrared radiation is heat radiation with a wavelength between 0.75 and 1000 um. It can be divided into IR-A with short wavelength, IR-B with medium wavelength and IR-C with long wavelength. IR-C waves are invisible to the human eye and do not heat the air but do heat objects that they collide with. It is these IR-C waves that are used in the Sauna King cabin because they penetrate deep (2 to 4 mm) into the skin and the body without drastically increasing the surrounding temperature.

Infrared radiation is completely harmless and has nothing to do with dangerous types of radiation, such as, for example, radioactivity of the UV-B radiation that causes sunburn.

On the contrary it is a healing electromagnetic radiation that has already become commonplace as medicine.

Examples of this are the classic red lamp used for the treatment of local muscle pains and injuries, infrared elements that are used after operations to speed up the healing of wounds and to avoid the forming of scar tissue, or the appliances that are commonly used to keep new-born babies safe with a stimulating and safe heat. Special ceramic elements that produce a constant and optimal IR-C wavelength have been successfully developed in Japan.

The secret of these elements is in the composition of the electrical resistance and the sand and minerals that surround the resistance in a ceramic container.

These radiation elements are extremely efficient and reliable and guarantee many years of positive results. All Sauna King Infrared cabins are equipped with ceramic heating elements that radiate the optimal IR-C wavelength.

How does infrared radiation affect the human body?

Skin is our biggest organ. It measures approximately 1.6 m 2 and weighs about 5 kg.

The skin contains more than 6 million cells per cm 2. In an Infrared cabin you sit right in the middle of the heating elements that send out IR-C waves over the complete surface of our skin. The IR-C rays penetrate the skin up to 4 mm deep by warming and so stimulating all cells and blood and lymphatic vessels.

The specific IR-C wavelength is stabilized and absorbed up to 92% by our body, which causes a deep feeling of warmth. Because the underlying layers of skin have a high percentage of fluid this heat is conducted through to the muscles and organs.

The body compensates for this heat by perspiring.

The penetrative effect in an Infrared means that people will perspire 3 to 4 times more than in a traditional sauna where people are only superficially heated by the induction of the surrounding air. It is this mechanism that leads to the detoxification.

From analysis of the perspiration of trial people after an IR session, not only water, fat and sodium, but also concentrations of lead, cadmium , nickel and benzene, amongst other substances, were found; substances that are primarily accumulated in the subcutaneous interstitial tissue and the fat cells as a result of pollution.

Regular IR sessions lead to a systematic evacuation of these noxious elements and also help relieve all kinds of complaints and improve general health.

What effects does a Sauna King Infrared cabin have on the human body? 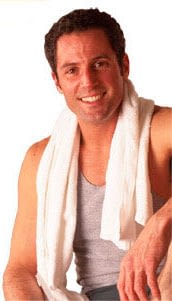 DETOXIFICATION
The healing properties of an Infrared cabin are mainly thanks to the effective manner in which the body is detoxified. This detoxification assures a preventative protection, an increase in immunity and relief from all kinds of complaints.

IMPROVED CIRCULATION
The penetration of the IR-C waves means a general stimulation of all subcutaneous cell structures and lymphatic vessels. The circulation is also improved in up to the smallest capillaries.

The result is a better functioning of the cardiovascular system.

RELAXATION
In an Infrared cabin the pleasant warmth melts stress away.

The warmth massages the whole body and calms nerves and relaxes stiff muscles.

Regular use of the Infrared cabin leads to an increase in the positive feeling of well-being, relaxation and inner calm.

The combination of perspiring (detoxifying) and heat leads to a gradual relief of many common complaints.

SKIN CARE
The Infrared cabin offers the ideal way to clean our skin and to give it back its youthful vitality.

The Infrared cabin also offers relief from other skin complaints.

WEIGHT CONTROL
Not everybody wants or is able to do sport to lose surplus weight. A 30 minute session in an Infrared cabin burns about 750 to 1500 calories. An important advantage of the Infrared cabin is the burning of fat just like in sport.

How safe is Cedar wood?
Cedar wood has been used for 3000 – 4000 years to prevent or cure illnesses. Any kind of wood including cedar wood might be harmful if its wood dust is inhaled in an enormous amount in a closed space such as a saw mill or a wood factory. But the normal use of a sauna made with cedar wood is safe to the human body. No case has been reported to any government agencies or research institutions throughout the world regarding the health problems related to using cedar wood saunas.

Contact Sauna King anytime, and one of our customer service reps will respond to you as soon as possible. Contact us

We quote delivery to your location

Connect with The Sauna King
on Facebook for the latest
updates and offers. Connect

5 years on electrical parts
10 years on heaters
1 year on CD & Radio
* Applies to infrared saunas only.